Southwest Airlines Flight 1380: What Went Wrong and Was It Preventable?

From a dramatic inflight engine explosion, to shrapnel shattering a cabin window and depressurizing the airplane, to the tragic death of a woman who was sucked out of an airplane window at 32,000 feet, Southwest Flight 1380 will not soon be forgotten. With one lawsuit pending and more on the horizon, a key question for the aviation industry and the traveling public is what happened, and could it have been prevented?

Based on the National Transportation Safety Board’s preliminary investigation, metal fatigue caused one of the engine’s fan blades to fail, which set in motion a devastating sequence of events. Sadly, this accident was likely preventable, but there was a lack of urgency on the part of Southwest Airlines, CFM International (the engine manufacturer), the Federal Aviation Administration, and others. Indeed, Southwest Airlines suffered a strikingly similar fan blade failure in 2016 – Southwest Airlines Flight 3472. Foreshadowing things to come, the shrapnel from that engine explosion hit the fuselage at high speed leaving a large gouge and came dangerously close to hitting the cabin windows.

The responses from Southwest Airlines, CFM International, and the FAA to the SWA 3472 accident were inadequate and untimely. Below, we explore what went wrong.

Similar to the SWA 1380 accident, while Southwest’s aircraft was climbing through 31,000 feet and heading over the Gulf of Mexico, the left engine’s fan blade failed, which resulted in an uncontained engine failure and shrapnel to be hurled into the fuselage. One of the metal fragments punctured the fuselage – leaving a 5-inch by 16-inch hole just above the left wing – causing the cabin to depressurize. The pilots declared an emergency and diverted to Pensacola International Airport.

The NTSB has still not issued its final report, but the initial findings from the NTSB’s metallurgical examination of the fan blade reveal that the “fracture surface . . . showed curving crack arrest lines consistent with fatigue crack growth.”

FAA and Industry Response to the SWA 3472 Accident

Fortunately, no one was injured in the SWA 3472 accident, but given that a fan blade snapped off, the engine failed midair, and shrapnel struck the aircraft with such force as to cause a depressurization event, it should have sounded alarms within the industry. The response, however, was muted.

In March and June 2017, CFM International issued and revised a service bulletin (CFM56-7B Service Bulletin 72-1019, Revision 1), and recommended that airlines conduct a one-time ultrasonic inspection of “high time fan blades dovetails” on CFM56-7 engines. Referencing the SWA 3472 accident, CFM International stated that their investigation “identified a crack that initiated and propagated in Fan Blade dovetail up to final separation.” In order to detect cracks in fan blades when they initiate, CFM recommended an ultrasonic inspection of the dovetails “as soon as possible,” but no later than September 24, 2017, for engines that have accumulated more than 15,000 flight cycles. The reason CFM called for ultrasonic inspections is to detect subsurface cracks that are not noticeable by visual inspections or fluorescent dye penetrant inspections.

It took one year after SWA Flight 3472 before the FAA issued a Notice of Proposed Rulemaking for an Airworthiness Directive (AD) to address this situation. The FAA’s proposed AD would, when effective, mandate that airlines perform an ultrasonic inspection on fan blades on CFM56-7 engines with more than 15,000 flight cycles within 18 months. In its proposed AD, the FAA stated that the fracture in the fan blade on SWA Flight 3472 “initiated from the fan blade dovetail.” It further stated that it was proposing ultrasonic inspections to “correct the unsafe conditions on these products” because, left uncorrected, it “could result in fan blade failure, uncontrolled forward release of debris, damage to the engine, and damage to the airplane.” Of note, the FAA estimated that the costs of performing the required inspection was just 2 hours at a cost of $170. The procedure itself is simple: a mechanic uses a hand-held sensor and carefully goes over each fan blade in order to detect subsurface cracks.

Various airlines and members of the industry responded to the FAA’s proposed AD. Two responses stand out, especially in the wake of SWA Flight 1380. In its response, CFM International suggested that the FAA actually shorten the compliance period within which to conduct ultrasonic inspections from 18 months to 12 months. Southwest Airlines sharply disagreed with CFM International, stating:

SWA does NOT support the CFM comment on reducing compliance time to 12 months.  * * * Compliance time of 18 months will be needed to schedule and complete the required ultrasonic inspections. (emphasis in original.)

At the time of the SWA 1380 accident, the FAA’s proposed AD had still not been enacted.

With that background in mind, fast forward to April 17, 2018. Southwest Flight 1380 departs LaGuardia Airport with 144 passengers enroute to Dallas Love Field. Similar to SWA Flight 3742, as the aircraft climbed to 32,000 feet, a fan blade fractured, causing the engine to fail and metal fragments to strike the fuselage. Only this time rather than missing a cabin window, shrapnel succeeded in knocking one out. As a result, passenger Jennifer Riordan was pulled headfirst out of the aircraft and suffered fatal injuries. Southwest Airline’s pilots successfully landed the aircraft with no other loss of life.

Similar to the fan blade failure in SWA 3472, the fan blade on the SWA 1380 aircraft fractured near the dovetail root. Also, like SWA 3472, the NTSB’s preliminary metallurgical testing of the SWA 1380 fan blade revealed “features consistent with metal fatigue.” In other words, the same issue which was flagged in the SWA 3472 accident and was the subject of CFM International’s service bulletin and the FAA’s proposed AD resurfaced yet again, only this time with deadly effect. The following photo depicts the fatigue cracking:

What happened? Unfortunately, it appears that Southwest Airlines did not act proactively and conduct the two-hour, $170 ultrasonic inspections recommended by CFM International and the FAA before this accident. It appears Southwest Airlines only conducted visual inspections and fluorescent penetrant inspections of the fan blades on the SWA 1380 aircraft engines, which are unable to detect subsurface fatigue cracks.

The Response to the SWA 1380 Accident

In contrast to the lackadaisical response to the SWA 3472 accident, Southwest Airlines, CFM International, and the FAA acted with great urgency after the SWA 1380 accident.

The FAA also acted on April 20, 2018 by issuing an emergency Airworthiness Directive, AD 2018-09-51. The FAA mandated that airlines conduct a one-time ultrasonic inspection within 20 days on all fan blades on CFM56-7B engines with more than 30,000 engine cycles. In its emergency AD, the FAA stated, “we are issuing this AD because we . . . determined the unsafe condition described previously is likely to exist or develop in other products of the same type design.”

Subsequently, on May 2, 2018, the FAA issued another Airworthiness Directive for all CFM model CFM56-7B engines, AD 2018-09-10. Similar to CFM International’s April 20 service bulletin, the FAA’s AD requires initial and recurrent inspection of the fan blade dovetail using either ultrasonic or eddy current inspections to detect subsurface cracking. It mandates the heightened fan blade inspections before the fan blade accumulates 20,000 cycles, and repetitive inspections thereafter every 3,000 cycles. Describing the reason for the AD, the FAA stated:

This AD addresses the unsafe condition affecting CFM56-7B engines by requiring initial and repetitive inspections of fan blades based on accumulated fan blade cycles. This condition, if not addressed, could result in fan blade failure due to cracking, which could lead to an engine in-flight shutdown (IFSD), uncontained release of debris, and possible airplane decompression. We are issuing this AD to address the unsafe condition on these products.

As for Southwest’s response following SWA 1380, it turns out they didn’t need a “compliance time of 18 months” to complete the ultrasonic inspections on the fan blades, as they had originally claimed in their October 10, 2017 letter. Southwest was able to inspect all fan blades fleetwide within 30 days.

The following table illustrates the disparate responses between the SWA 3472 accident and SWA 1380:

Although the root cause of the metal fatigue cracks in the CFM56-7B fan blades is presently unknown, Southwest Airlines, CFM International, and the FAA were aware that a potential problem existed after the SWA 3472 accident. Unfortunately, their response to that accident was inadequate and untimely. It appears that Southwest Airlines was in no rush to conduct ultrasonic inspections of the fan blades until after the SWA 1380 accident, when it was too late. But Southwest Airlines was not the only one dragging its feet. CFM International should have recommended shorter time periods to complete ultrasonic inspections of the fan blades given the gravity of the problem, and more clearly spelled out the dangers of not doing so. And the FAA should have mandated this safety effort by issuing an Airworthiness Directive requiring Southwest to conduct these ultrasonic inspections much, much sooner. If Southwest Airlines, CFM International, and the FAA had acted with a greater sense of purpose and urgency after the SWA 3472 accident, it is likely that the SWA 1380 accident could have been avoided. 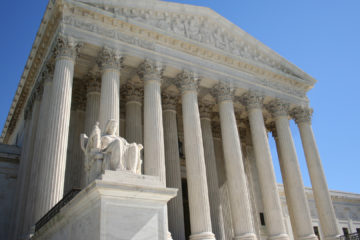 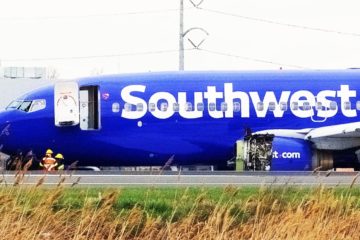 By: Austin Bartlett, BartlettChen LLC In the wake of Daimler AG1 and Bristol-Myers Squibb2, plaintiffs are confronted with a daunting jurisdictional hurdle when deciding where to file suit. Commercial airplane accidents frequently involve a mix Read more…