Published by Austin Bartlett on June 7, 2018

Not so with space travel. Under federal law, space tourists — referred to as “space flight participants” under federal law — are required to sign a waiver of liability before they can fly to space.2 In the written waiver, space tourists waive and release any claims they may have against the commercial spacecraft operator, the U.S. government, and their contractors and subcontractors.3

Reinforcing the waiver, space tourists are also required to “hold harmless” and “indemnify” the spacecraft operator and the U.S. government if anyone pursues a wrongful death or personal injury claim on their behalf. The only exception to the waiver is for claims resulting from “willful misconduct,” which is an onerous legal standard. The waivers are reciprocal, that is spacecraft operators, the U.S. government, and their contractors must also waive any claims they may have against the space tourist.4 But practically speaking, the waivers largely inure to the benefit of the operator not the space tourist, who is unlikely to bear legal responsibility for an accident except in unusual circumstances.

From a legal perspective then, a space tourist is more akin to a skydiver than a commercial airline passenger. Similar to a skydiver, space tourists are provided with detailed information regarding the hazards they are voluntarily undertaking, and then must sign an “informed consent” form acknowledging those risks.5 And after being apprised of the risks attendant to space travel, space tourists must give up any legal claims they have against the commercial spacecraft operator or the U.S. government except for willful misconduct claims.

While there are stringent insurance requirements for commercial space flight launches in addition to indemnification from the U.S. government above a certain dollar threshold, the insurance policies are only required to protect against claims of third-parties, such as ground victims and property owners, not space tourists.6

The upshot is this: in the event of an accident, a space tourist may not be able to pursue a claim against the commercial spacecraft operator or seek coverage under the operator’s policy for their own personal injuries. Accordingly, space tourists should consult with an experienced insurance broker and verify that they have appropriate insurance coverage before their voyage.

As we discussed in a prior article, commercial space travel may pose an increased risk of harm to at-risk members of the population, such as those with chronic heart conditions. Commercial spacecraft operators require space tourists to complete medical questionnaires and some may require a physical exam. Even if a physical exam is not required, however, it makes good sense for a space tourist to consult with an aerospace physician to review their medical history and conduct any necessary tests to assure they are fit for travel. While it does not appear that the health risks associated with a suborbital flight are substantially greater than commercial airline travel, it would be prudent to get a medical check up.

Space tourists may also wish to discuss with an aerospace physician whether a particular flight profile impacts the potential health risks. Virgin Galactic’s VSS Unity, for example, is a space plane that is air launched by a carrier aircraft, WhiteKnightTwo, at 50,000 feet and then travels from there above the Karman line. The passenger experience may feel more similar to commercial airline travel than a vertical launch. On the other hand, Blue Origin’s New Shepard is a vertical takeoff, vertical landing (VTVL) spacecraft. It consists of a capsule atop a booster, both of which are launched vertically and then separate.

Finally, space tourists should make sure to bring along the right camera to capture the stunning views from space. While smartphone cameras have become quite advanced, it is best to purchase a camera that is designed for astrophotography. Nikon makes an excellent camera designed for astrophotography, the Nikon D10A, as does Canon, the EOS 6D DSLR. 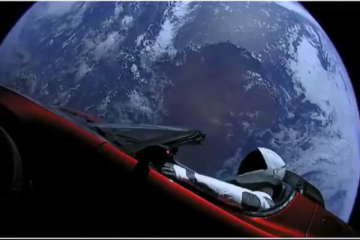 Take Your Protein Pills and Put Your Helmet On

Should the Federal Aviation Administration Enact Medical Standards for Space Tourists? With Blue Origin, SpaceX, and Virgin Galactic on the verge of making space tourism a reality, one question among many is whether there is Read more…