Take Your Protein Pills and Put Your Helmet On

With Blue Origin, SpaceX, and Virgin Galactic on the verge of making space tourism a reality, one question among many is whether there is a need for Federal Aviation Administration (FAA) medical standards for “space flight participants,” the FAA’s term of art for space tourists.1

NASA, for example, applies rigorous medical standards for government astronauts, including aerobic capacity, sensorimotor, behavioral health and cognition, hematology and immunology, nutrition, muscle strength, bone mass, and radiation exposure.2 Among other things, astronauts must pass a long-duration spaceflight physical exam, which includes requirements for vision (20/20 vision), blood pressure (maximum of 140/90), and height (between 62 and 75 inches). There are also exacting medical standards for space flight participants who visit the International Space Station. ISS-bound space flight participants must be certified by a Multilateral Space Medicine Board and undergo a battery of tests, such as a physical exam, a dental exam, hearing and vision tests, a psychiatric evaluation, lab tests, cardiopulmonary tests as well as training for the rigors of spaceflight.3

But what about space flight participants who want to travel aboard a Blue Origin, SpaceX, or Virgin Galactic spacecraft? As it turns out, the FAA has not enacted any regulations establishing medical standards for space tourists.

In fairness to the FAA, the commercial space industry is largely operating in a regulatory vacuum because Congress mandated a “learning period” until October 1, 2023, which forbids the FAA from regulating large swaths of the commercial space industry to encourage the development of this nascent industry.4 Although the FAA has not adopted regulations, in January 2006 the FAA published “Guidance for Medical Screening of Commercial Aerospace Passengers” (“2006 guidelines”) to assist operators in screening prospective passengers.

Returning to the FAA’s 2006 guidelines, the FAA suggests that operators require suborbital passengers to complete a basic medical questionnaire and then the operators should have an aerospace physician review the form to see if further follow up is necessary. Generally, no physical exam or laboratory testing is required. On the other hand, the FAA’s 2006 guidelines recommend that operators require passengers on an orbital spaceflight to: (1) complete a comprehensive medical questionnaire, (2) undergo a physical examination, and (3) laboratory testing.5

In 2012, the FAA’s Center of Excellence for Commercial Space Transportation (COE-CST) issued a comprehensive set of guidelines for space flight participants. The COE-CST’s guidelines recommend more rigorous screening of suborbital passengers, including a physical exam and laboratory tests. The COE-CST also recommends a more robust set of screening procedures for orbital passengers than contained in the FAA’s 2006 guidelines, including a more detailed mental health evaluation.

In arriving at an answer, there are many questions to consider, but two stand out:

1. Are space flight participants subjected to greater health risks than commercial airline passengers by virtue of traveling to space?

Although there are divergent views in the aerospace medical community, space travel affects human physiology in distinct ways from commercial airline travel and may pose unique health risks. Indeed, the FAA’s 2006 guidelines state that “space flight exposes individuals to an environment that is far more hazardous than what is experienced by passengers who fly onboard current airline transports.” (emphasis added).6

Aerospace experts have suggested that certain space flight participants may be susceptible to an increased risk of harm due to the significant g-forces they are exposed to during space travel, the microgravity environment, and other factors such as radiation exposure. Space flight participants may also be exposed to increased psychological distress due to the isolation, lack of privacy, and cramped quarters of a spacecraft, which may exacerbate claustrophobia and anxiety.

Although aerospace physicians do not speak with one voice on these issues, below are some of the potential health risks that experts have identified. The risks vary, of course, depending on the physiology of the individual, the flight profile and g-forces, and the length of time in space.

The potential health risks identified above does not mean there is a risk of harm to all space flight participants, but space travel may pose a problem for at-risk members of the population, such as those with coronary artery disease. It also appears from a review of the medical literature that the potential health risks differ greatly between short duration suborbital flights and longer orbital flights because of the length of time in microgravity and the greater g-forces associated with orbital flights.

The FAA has created a model “informed consent” form that is designed to satisfy a commercial space operator’s regulatory obligation under 14 C.F.R. § 460.45 to inform space flight participants of the risks of space travel.8 But the FAA’s informed consent form is primarily focused on mission-related risks and the safety history of the space vehicle; it does not require operators to inform space flight participants of any particular health risks or medical conditions that are contraindicated with space travel. Rather, the FAA leaves it to operators themselves to determine the content of health warnings, albeit with reference to non-binding FAA guidelines.

2. Would imposing FAA medical standards on space flight participants negatively impact the development of the space tourism industry and limit access to space?

If the FAA were to impose medical standards and screening requirements for space flight participants similar to those used by NASA for astronauts, it may significantly restrict the number of people who qualify to fly to space. Given the current price of a ticket to space (prices range from $200,000 for a suborbital flight to millions of dollars for an orbital flight), the available pool of passengers is already quite small. If the FAA were to adopt draconian medical requirements, it would stunt the growth of the space tourism industry. Accordingly, in order to expand access to space travel and foster the development of the space tourism industry, the FAA should proceed carefully.

Aside from the impact on the space tourism industry, there are important policy considerations in play. If one of the goals of the commercial space industry is to democratize access to space, then limiting space travel to the fittest among us would run afoul of that aim. Moreover, some healthy space flight participants may decline to participate in medical tests for other reasons, such as privacy concerns or the added inconvenience.

On the other hand, there is a reasonable argument to be made for establishing narrowly tailored medical standards for space flight participants in order to protect other occupants from harm — air rage in outer space, anyone? — the integrity of the spacecraft itself, and the public at large. Also, if a passenger were to suffer a fatal in-flight medical incident because they were not adequately screened it would not only be tragic for that passenger and their family, but potentially damaging to the industry.

There are presently no FAA regulations establishing medical standards or medical screening requirements for space flight participants. Under the current regulatory framework, space flight participants are treated similar to airline passengers  — they are not subjected to any medical or psychological exams — except that they are required to sign a waiver of liability as a condition to flying to space.

Although commercial space operators have filled the regulatory void by medically screening prospective passengers and providing warnings during the informed consent process, space flight participants may not be receiving consistent information regarding the potential health risks they face.

Because the space tourism industry is still developing and will not be fully mature in 2023, the FAA should narrowly tailor any medical standards it adopts or it could curtail the growth of the commercial space industry.

Based on our review of medical literature regarding the risks associated with human space flight as well as the current status of the space tourism industry, our recommendation is for the FAA to differentiate its treatment of space flight participants from a regulatory perspective based on whether the passenger is engaging in a short duration suborbital flight or an orbital flight. This same bifurcation of space flight participants into two classes — suborbital and orbital passengers — for medical screening purposes was endorsed by the FAA in its 2006 guidelines, and more recently by the FAA’s Center of Excellence for Commercial Space Transportation (COE-CST)9 in its 2012 guidelines.10

In contrast, for an orbital flight, space flight participants may be exposed to greater health risks due to the length of time in a microgravity environment, the greater g-forces, as well as the radiation exposure. In addition, there is a greater likelihood that psychological issues will manifest themselves on an orbital flight due to the length of time passengers may spend in a confined environment. Accordingly, upon the expiration of the regulatory learning period, the FAA should enact medical standards and screening requirements for space flight participants who desire to engage in an orbital flight. With respect to orbital space flight participants, the best course of action is for the FAA to formally adopt the COE-EST’s 2012 guidelines as opposed to the FAA’s 2006 guidelines, because the former includes a more robust mental health evaluation in addition to a comprehensive medical questionnaire, physical exam, and lab tests.

Commercial spaceflight is the next step in man’s long fascination with what lies beyond the borders of our planet. As demonstrated by the recent launches of Mannequin Skywalker (Blue Origin), Elon Musk’s Tesla Roadster and Starman (SpaceX), and the first rocket-powered test flight of VSS Unity (Virgin Galactic), these companies are poised to begin human space flight operations. Until 2023, it will be up to these companies to formulate medical standards and screening requirements for prospective space flight participants. In the coming years, it will be critically important to balance the competing interests of space exploration and access to space for all with public safety. We believe that balance is best struck by screening passengers differently depending on whether they are seeking to travel on a suborbital or an orbital spaceflight. 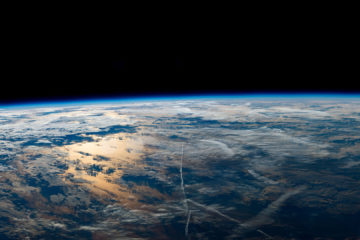